Home › About Us › Success Stories

In spring of 2017 I was struggling with anxiety and depression after my grandpa passed away. I decided to take a break from my college classes, and spent the second half of the summer looking for and applying for jobs, but was not having much luck. I am a member of the Coeur d’Alene Tribe, so went to the American Indian Community Center, and was referred to the Next Generation Zone. Since I started working with Next Gen Zone, I have constantly been impressed by the up-beat and positive attitude of everyone who works there. I was matched with Victor as my Career Specialist, and he signed me up for the 21st Century Skills Academy, where I was able to brush up on my Microsoft Office skills and create a better résumé with skills and strengths I wouldn’t have thought to mention before. Not long after, Victor recommended an internship at Spokane Community College. I started the Office Assistant internship in late December 2017, and then three months later was officially hired as the Center for Workforce and Continuing Education’s Social Media/Office Assistant. In addition to providing the income I need, this job is a really good fit for my personality and supports my goal of returning to classes next school year. Last spring and summer I was feeling pretty depressed and hopeless, but now, with the help of Next Generation Zone, I am in a much better place. I am so thankful for everything the Next Generation Zone has done for me. 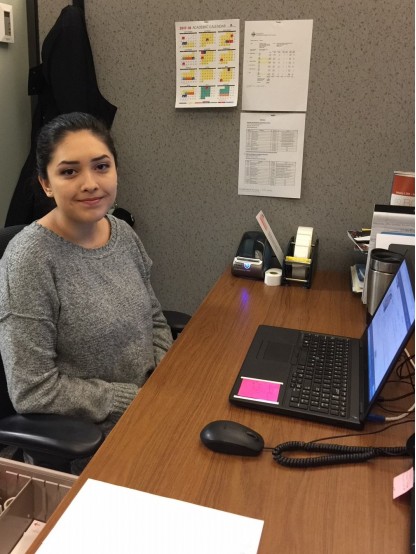